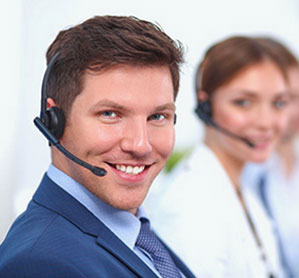 What is wire mesh decking？ 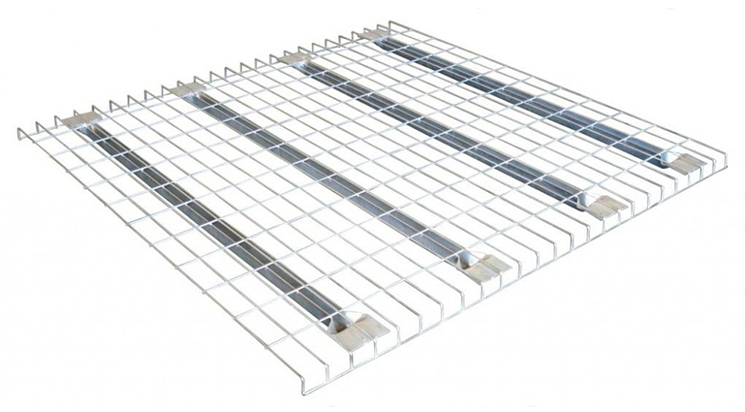 Support Channel: The Backbone of the Wire Mesh Decking

The pallet rack support channel is the backbone of the heavy duty steel mesh and, as the name suggests, provides most of the load support. Support channels sit below the actual heavy duty wire mesh platform, and the number of them on any one wire deck is usually determined by the width of the waterfall deck. Pallet rack wire decks that are wider will have more support channels, and vice versa.

If the galvanized welded wire mesh panels are being used for a particularly heavy-duty application, a custom number of support channels can be requested by the customer to provide additional strength. Wire mesh trailer decking with either three or four support channels are the most common, but wire decks with as few as two and as many as five channels are still widely available. The number of channels on a pallet wire decking isn’t the only thing you’ll need to know about pallet support channels before ordering, however. You’ll also want to know which type of channel you’re going to need for your warehouse pallet racking layout. 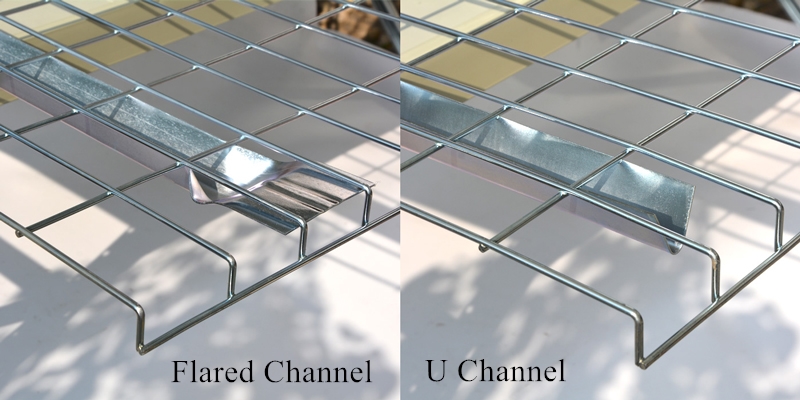 There are two main types of support channels: the U channel and the flared channel. As you can guess, U-channels are given their names because of their similarity to the letter U. If you look at the U-channel deck head, the cross section will have a strong similarity to the letters it gets Its name. The U-channel is a constant steel plate. Flare channels, unlike U-channels, “flare” out at both ends, allowing them to wrap over the top of pallet rack beams. While this gives flare channels a universal fit, it also decreases the overall weight capacity of the waterfall wire decking. 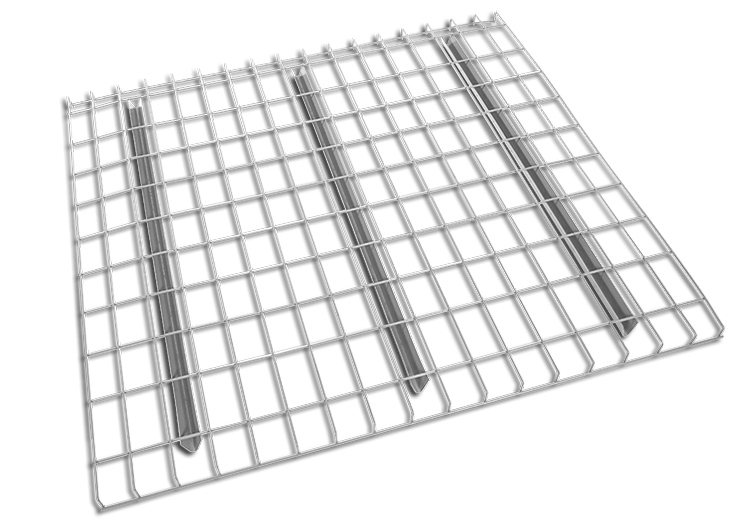 Which Type of Wire Mesh Decking is Right for Your Warehouse?

The type of warehouse decking that best suits your pallet racking is dependent upon the type of beams the pallet racking decking will be used with. The most common type of beam is the standard step beam, which has a 1 5/8” deep indent on the inside beam face, referred to as the beam “step”. When using standard step beams, it is generally recommended to use U-channel decks because the ends of the U-shaped support channels fit snugly against the beam steps. The U-channel deck allows the user to take advantage of the extra weight capacity provided by the U-channel. Another type of beam is a 7/8 "step or" bulk step "beam. These beams are similar to standard step beams except that they feature a step that’s only 7/8” deep rather than the standard 1 5/8”.  Users with 7/8” step beams have a couple of options: if available, they may choose to use 7/8” step U-channel decks, which are simply U-channel decks made for 7/8” step beams. If 7/8” step wire mesh decks are not available, they’ll want to use flare channel decks. Least common but still prevalent in the box beam. Box beams have no step but instead, have four flat sides. Since there’s no step for a U channel to sit on, box beams require the use of flare channel decks.

If you read this article with confusion about the heavy duty steel mesh products, hopefully, it will help you in choosing U-channel decks or flare channel decks. All in all, the wire deck information that most customers need is very simple. U-channel deck is stronger than flare channel deck but must be used with step beams. The flare channel decks are “flare” at the top of the beam and are suitable for any type of beam, but not as strong as U-channel beams. If custom stainless steel wire mesh panels are being made, more specific capacity and measurement requirements will be needed. However, for most applications, the type of beam, beam dimensions and the amount of weight are the primary pieces of information that will be needed at the time of quotation.


Have we left your wire deck questions unanswered? Email us at aceally4@aceallygroup.com to talk to a pallet rack specialist about your wire mesh decking for pallet racking needs. 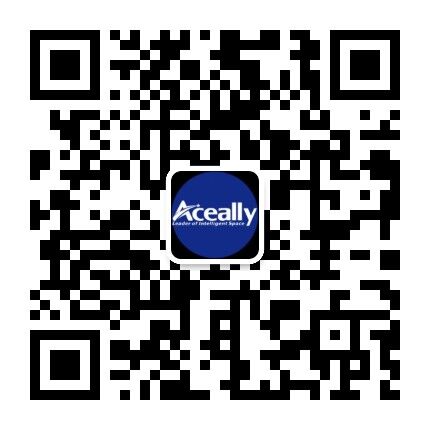